During a casual conversation with a friend this past weekend, I was asked: “What does blockchain have to do with politics or geopolitics, and how can it improve a society’s self-governance?”. He went on saying, “after all, blockchain is just a technology, just a different version of an excel spreadsheet that sits on a cloud and not worth the hype”.

My opinion on this is very simple. With every century or millennium of evolution, humankind is shifting away from a strictly centralized model, such as a monarchy, to newer formats where the percentage of power concentrated in the hands of a select few is reduced. Each society and each culture is moving at their own pace along the X-axis from left to right on the below image, with the most advanced of them currently being in the stage of democracy, where about 40-50% of power resides in the hands of institutions, which we collectively elected and agreed to place their authority above ourselves to maintain order and guarantee fairness of all kind of transactions or human interactions. 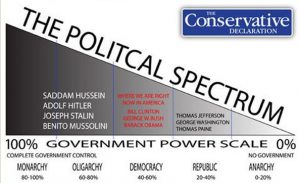 We have politicians, we have judges and arbitrage courts, we have Fed &central banks, we use custody and escrow services, we have real estate agents and government land registries, we have centralized stock exchanges …. we literally have intermediaries in every aspect of our lives. Unfortunately, such centralized intermediaries and institutions have a strong tendency of becoming corrupt and rotting over time defeating the original purpose of why they were created. Besides the unnecessary friction, centralized institutions accumulate asymmetrical power and frequently run the risk of betraying the trust that the public put into them.

So, what does it have to do with blockchain? Everything!

One of the biggest advantages that blockchain provides is its “trustless” nature and its huge potential to disintermediate any concentration of power across all aspects of human society. The term “trustless” doesn’t mean the trust is no longer needed between the transacting parties, instead, it means the trust is automatically provided and guaranteed by the DLT technology to eliminate counter-party risk and provide peace of mind. By disintermediating all the processes, we reduce– if not eliminate, unnecessary friction and existing asymmetries in society, including reducing the percentage of direct involvement from government, pushing it along the X-axis one step further to the right and closer to Republic (see above image).

Can we make it happen as a society? Only time will show.

Today people are divided into two camps: those who trash-talk anything that has to do with blockchain or crypto and those who praise it as the holy grail. It shows a split of mentality between:

a) those, who prefer to live their life with some superpower always above their head, who would have the authority to prescribe what is right and what is wrong decision to make.

b) and those who prefer for everyone to be equal, with blockchain and smart contracts technology taking the main load of delivering fairness and trust among members of society.

Today’s technology advancements offer a unique evolutionary opportunity to modern society to transition from previous clumsy centralized societal structures to more robust and dynamic peer-to-peer human transactions and interactions. For the first time in history, we can have billions of human decisions amplified by the swarm wisdom of AI, billions of human interactions accelerated by the speed of 5G and achieve this bypassing any central authority in a truly democratized fashion through the use of distributed Ledger Technology (DLT). And by the way, examples of this already exists if we look at the mother nature: shoaling and schooling fish, flocks of birds, swarms of bees and ants. 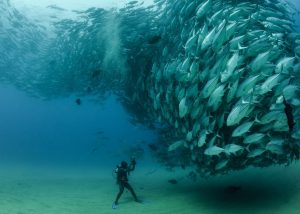 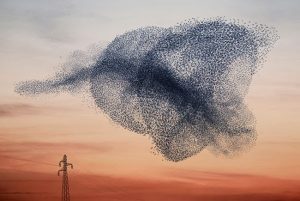 It may take another decade for people to fully grasp the benefits of the technology and it may take another century before humans dare to implement structural changes, such as using crypto as the world’s reserve currency, but it appears that the process has started and has surpassed the point of no return –regardless of how the incumbents in power today try to resist this paradigm shift through their lobby groups or regulations.

You can reach me with questions or comments on LinkedIn at https://www.linkedin.com/in/geneswinton/